We would like to offer our sincere support to anyone coping with grief. Enter your email below for our complimentary daily grief messages. Messages run for up to one year and you can stop at any time. Your email will not be used for any other purpose.

Share a memory
Obituary & Services
Tribute Wall
Read more about the life story of Shawn and share your memory.

We are sad to announce the passing of Shawn William Brown-Connolly of Miamisburg, Ohio. Shawn was laid to rest at the age of 49 years old on November 5th, 2022.

Shawn was born on May 20th, 1973, to parents William Wilson Connolly and Mary Elizabeth Blackburn in the town of Urbana. He graduated Marysville High School in 1991.
Shawn was an independent soul. As a small town native at heart Shawn had aspirations of living in a big cities such as, Columbus, San Francisco, New York, and Indianapolis.

He had met Errick Brown in Indianapolis on June 11th of 2011, and they swiftly got married in New York November 12th, 2013. They adopted a little yorkie named Brooklyn Thomas which was his best friend. They eventually settled down in Miamisburg, Ohio.

Shawn’s hobbies were, watching Law and Order and true crime shows, anything that pertained to Marvel and DC Comics ,collecting houseplants, home decorating and always love telling people he looked like a young Anderson Cooper.

Shawn is survived by his son Shane Connolly. Daughters Kelly Connolly, Mackenzie Connolly-Goerndt, and granddaughters Noelle Ella-Ann and Lacey Grace, who called him paw-paw who forced him to color and educate them on the Harry Potter movies and books.

To send flowers to the family or plant a tree in memory of Shawn William Connolly, please visit our floral store. 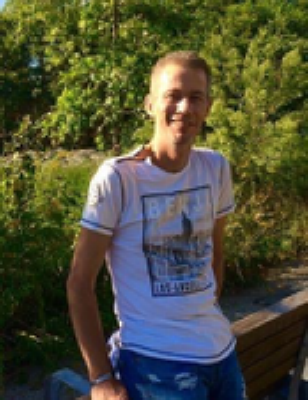 In Loving Memory Of

Look inside to read what others
have shared
Family and friends are coming together online to create a special keepsake. Every memory left on the online obituary will be automatically included in the book.

In Loving Memory Of

Look inside to read what others have shared

Family and friends are coming together online to create a special keepsake. Every memory left on the online obituary will be automatically included in the book.

You can still show your support by sending flowers directly to the family, or by planting a memorial tree in the memory of Shawn William Connolly
SHARE OBITUARY
© 2023 Brough Funeral Home. All Rights Reserved. Funeral Home website by CFS & TA | Terms of Use | Privacy Policy | Accessibility